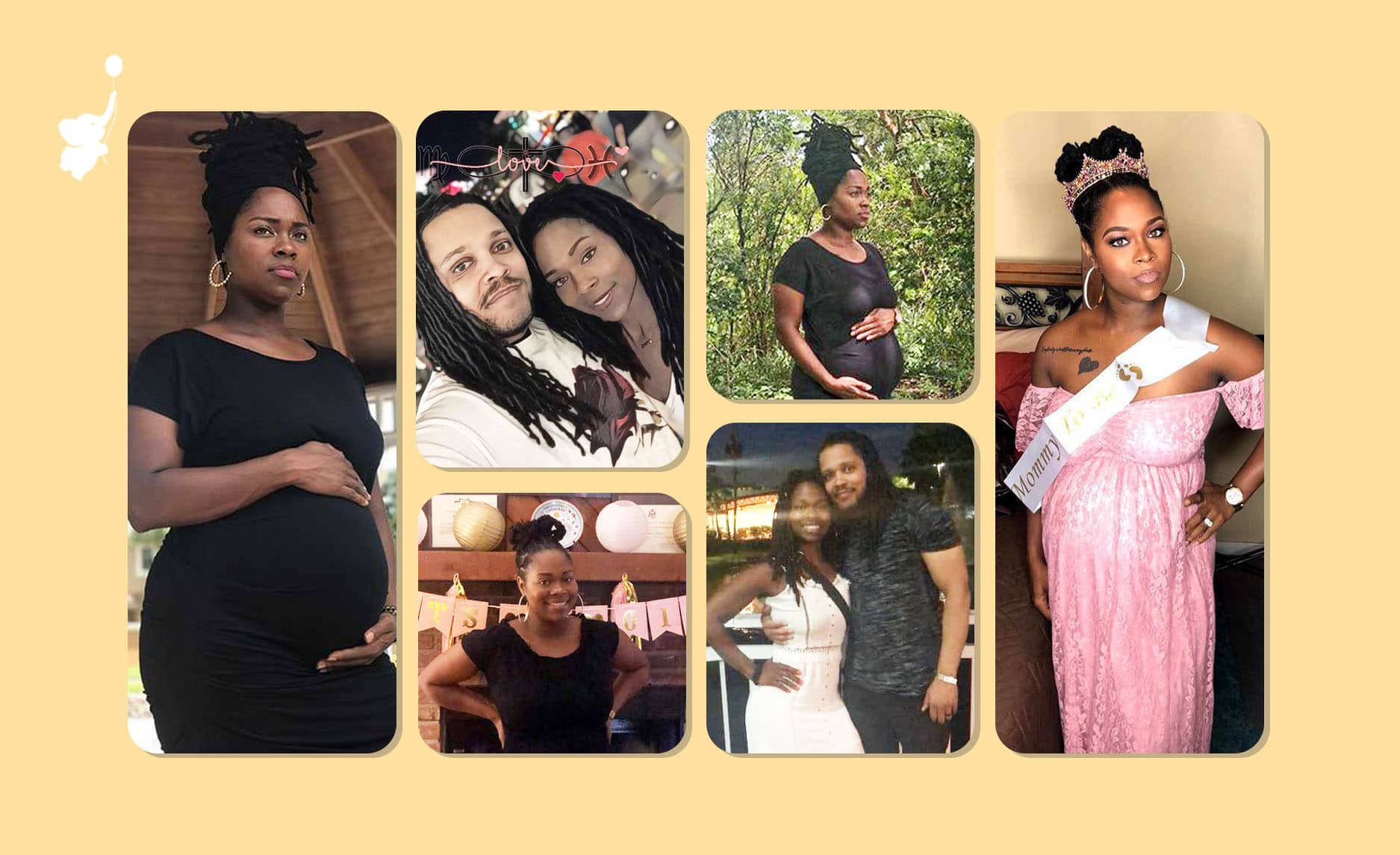 There are folks who have argued that a husband should never throw a baby shower for his wife. Why? Some may view such a gesture as inappropriate. Those who are sticklers for tradition will suggest friends of the mom-to-be, a sister, or perhaps the new mom’s own mother or grandma should host the baby shower. But the husband? No way.

At WebBabyShower, we disagree. The premier virtual baby shower service, WebBabyShower believes in making baby showers inclusive, without any added drama or anxiety brought on by expected traditions and rules of etiquette. We all know people who rigidly stick to tradition even if they don’t necessarily like it or even believe in it, but because “it’s been done this way for years,” they seem to think there is no wavering from the “rules.”

Here’s what you need to know about having your husband throw a baby shower — plus one man’s own experience.

Can a Husband Throw a Baby Shower?

Short answer? Absolutely! While we understand some of you may experience a bit of anxiety and uneasiness in wavering from social norms and etiquette when it comes to baby showers, it is not written in stone that the host of the baby shower has to be a friend of the mom-to-be, a sister, grandma, or whoever. A husband is just as qualified and capable of throwing a baby shower for his wife, and, in fact, may do a fantastic job in the process.

Because WebBabyShower believes in inclusivity, we have no qualms with the husband taking the lead and creating a unique and special baby shower celebration for his wife. Yes, there will be those individuals who might try to steer you from this idea by suggesting it is inappropriate — but that doesn’t mean you are subject to these same “rules.”

Well, WebBabyShower has its own rules regarding who can throw a baby shower. It’s okay to let whoever you want throw your baby shower for you. If your husband is willing to organize the entire event — from the guest list and the food to the games, gift registry, and more — then he has our full support. Plus, as an added bonus, when a guy throws a baby shower, it opens the door to hosting a co-ed event, which is just another fun way of celebrating the new mom-to-be!

Check out this one Reddit comment about a husband who threw a baby shower for his wife and pulled it off in spectacular fashion. While at a “traditional” baby shower, the mom-to-be is usually the one who is most doted upon, at this particular baby shower, all of the women felt special. The husband attended to all of the details with apparent ease and style, never missing a beat, and he ensured the entire celebration was one that no one would forget:

Why it’s a Great Idea

One of the best reasons for letting a husband throw a baby shower for his wife is that he knows her better than anyone else. Translation? He will most likely be able to check all the boxes when it comes to party ideas and the shower’s overall presentation. With his inside information about the new mom, he will have a better understanding as to what theme would appeal to her. He’ll know what gifts she may want and need, the types of food and beverages she likes, and the overall ambiance of the shower she wants. Plus, if he makes it a co-ed event, he will know exactly how to include the guys, avoiding any awkward moments and easily doubling the fun.

When a husband throws a baby shower for his wife, he opens the door to many more potential ideas. (Think: backyard BBQ) We understand some people are guided by tradition, but it’s perfectly acceptable to let him prepare, plan, and host the big event. A baby shower is meant to be a celebration of the new parents and their baby. It shouldn’t be dictated by old-fashioned rules of etiquette. If he is excited about it and volunteers to head the party, you just might be surprised at the results!

Meet One Husband Who Threw His Wife a Surprise Baby Shower

Chris met his wife, Tamara, when they were in high school. In all honesty, he recalled, the two never really paid much attention to one another back then. She was friends with his younger sister, but he never really interacted with her at the time. It wasn’t until several years later after graduating from college that the two reunited in a rather serendipitous manner.

“My daughter (now 14) and I had been in a car accident which resulted in me going to see a chiropractor afterwards,” explained Chris. “Tamara was working for this chiropractor and she was the one who took care of me there. We began talking, exchanged numbers, and that’s how it all began.”

Two years later, Chris and Tamara, who have three kids between them now, were married. When Tamara became pregnant with their first child together, Chris instinctively knew he had to do something to celebrate his wife and new baby. As someone who was raised by women and openly appreciates what they go through during pregnancy and delivery, Chris innately treats his wife as nothing less than the queen she is. The baby shower would be no exception to this. Through this celebration, he would make her the ultimate queen for a day!

While typically women have been in charge of organizing and hosting baby showers, times have changed. More and more men are becoming involved in this long-standing tradition, and Chris never thought twice about doing something as special as this for Tamara. Chris decided to make the baby shower a surprise, and he had to work hard to keep it a secret. Collaborating with his sister and Tamara’s mom, he pulled off a one-of-a-kind baby shower that Tamara will remember forever.

In November of last year during the COVID-19 pandemi, Chris began to put his plans in motion. He realized the idea of having a large, in-person baby shower was not feasible, as he wanted to keep things safe for family and friends, but he knew he had to do something for Tamara. While searching the internet for ideas, he landed upon WebBabyShower and was immediately drawn to the idea of hosting an online baby shower.

“The site had a lot of great features and really made it easy for me to set up the shower,” he shared.

Chris set a date and time for the baby shower, ordered a special cake, arranged for some food, purchased a gown and a crown for Tamara to wear at the event, and even hired a makeup artist to make Tamara look and feel her best for the grand occasion. While they had a few people attend the baby shower in person, the rest participated via Zoom.

“This was a full production,” said Chris, who pulled out all the stops to celebrate his wife and their soon-to-arrive baby girl. He arranged to host the party at her mom’s house, getting there before Tamara arrived to set up everything, which included a salon/spa in one room. When Tamara arrived at her mom’s house, she was greeted by balloons, the first clue Chris had planned something special for her.

“I had a rocking chair for her placed in front of the TV and camera and her gown, crown, and makeup ready to go in the other room,” stated Chris.

While some people might think pulling off such an elaborate event might be stressful, Chris actually took it all in stride. A consummate planner, he gave himself plenty of time to get everything in order and did not leave anything to the last minute. “I tend to be an over-thinker and did a lot of research,” he laughed. “But I wanted this to be special. In the pandemic, everyone is suffering on some level, and it is the little things that become important.” He added, “While Tamara would have been fine not having a baby shower, I still wanted to do this for her. It was the best thing for me to be able to give her that moment.”

For any other guys who might be considering throwing a baby shower for their wife or significant other, Chris has just a few words of practical advice. “Plan well and don’t let your wife in on your business if you are keeping it a secret,” he explained. “Pay attention to her and know what she wants and likes. Remember it is not about getting it perfect. She will be excited that you even thought to do it!”

Because Chris knows his wife so well, he knew what to plan, how to plan, who to invite, the types of gifts that should be on the registry, the kind of food to serve, and more. The end result was nothing short of perfection. Asked if it felt unusual for him as a man to do what women traditionally have done, Chris did not hesitate with his reply. “Not at all,” he noted. “I had so much fun. It is time for us to evolve, and I encourage other men to do this. I know women go through a lot while pregnant, so this was the least I could do for her.”

And while some guys might think they would be deserving of some sort of reward for doing something so special, Chris knows he has been paid more than enough with the birth of a healthy baby girl who puts a smile on his face every day. 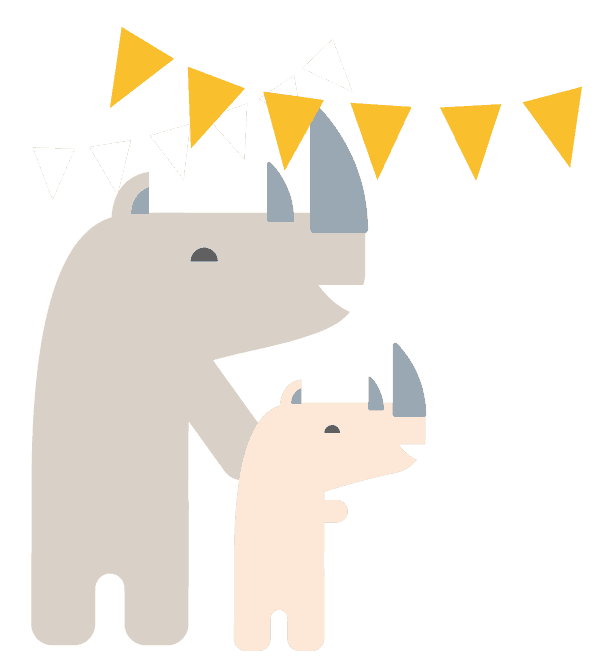 Do What’s Right for You

Being pregnant is a big deal, and there is nothing wrong with doing things the way you want to do them. This also extends to baby showers.  Forget about sticking to social norms. What are those anyway? Besides, you never know when tossing social convention to the side in favor of something a bit different might inspire new traditions!

We hope you will share your experiences with us. WebBabyShower is all about the beauty and celebration of bringing new life into the world. As far as we are concerned, there are many ways to share in that joy! 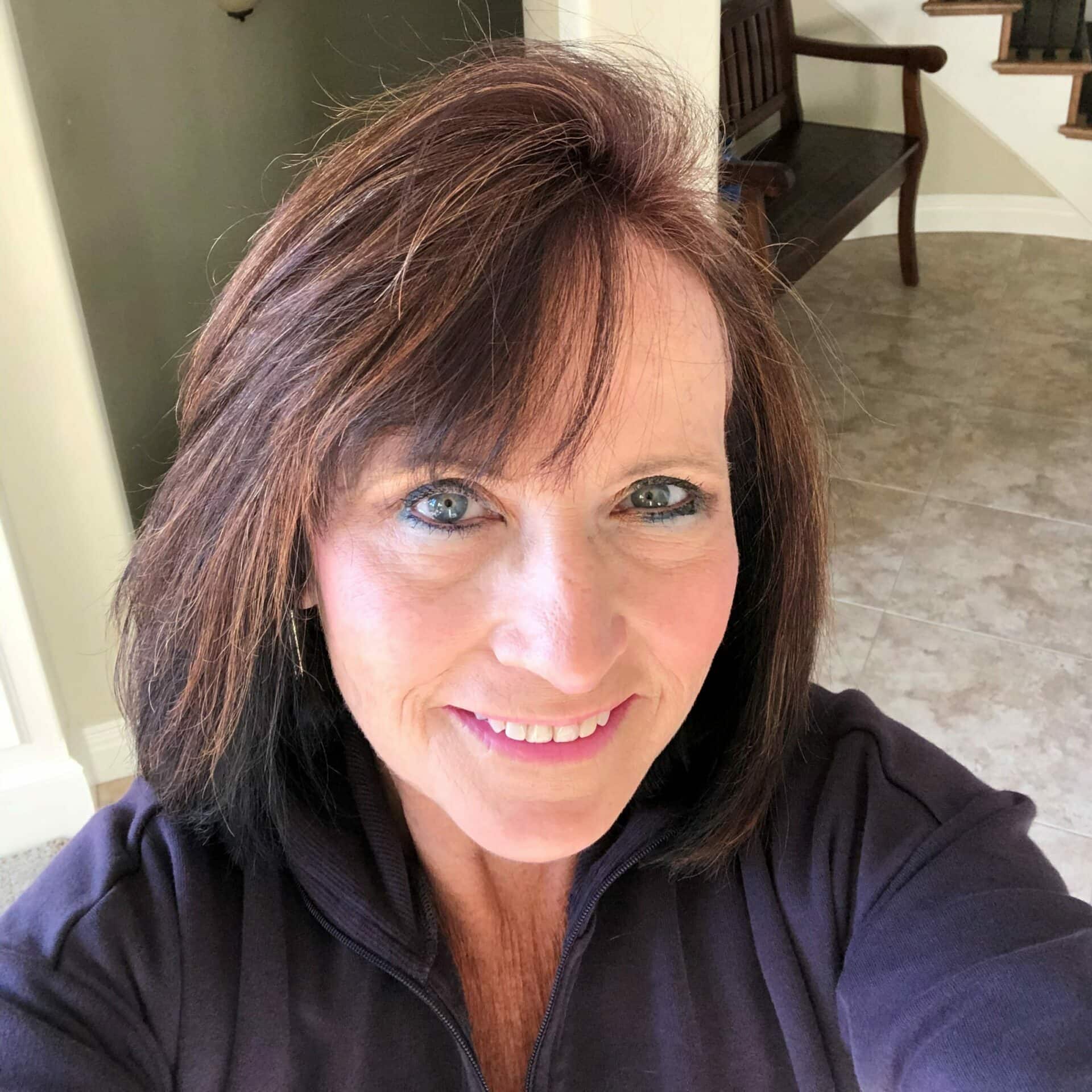 Dedicated to getting at least 30,000 steps a day, Ann Butenas begins her day around 4:30 each morning. Ann successfully (the jury is still out on this!) raised three sons while juggling the demands of entrepreneurship and a writing career. She writes for HERLIFE Magazine and is a Senior Writer for Healthy Kansas City Magazine. Ann is working on a new book, Potty Training the Parents.

10 Best Baby Shower Ideas That Are More Than Unique

A baby shower is one of the most exciting events in a person’s life, and planning one can be a big responsibility. If you’re throwing… 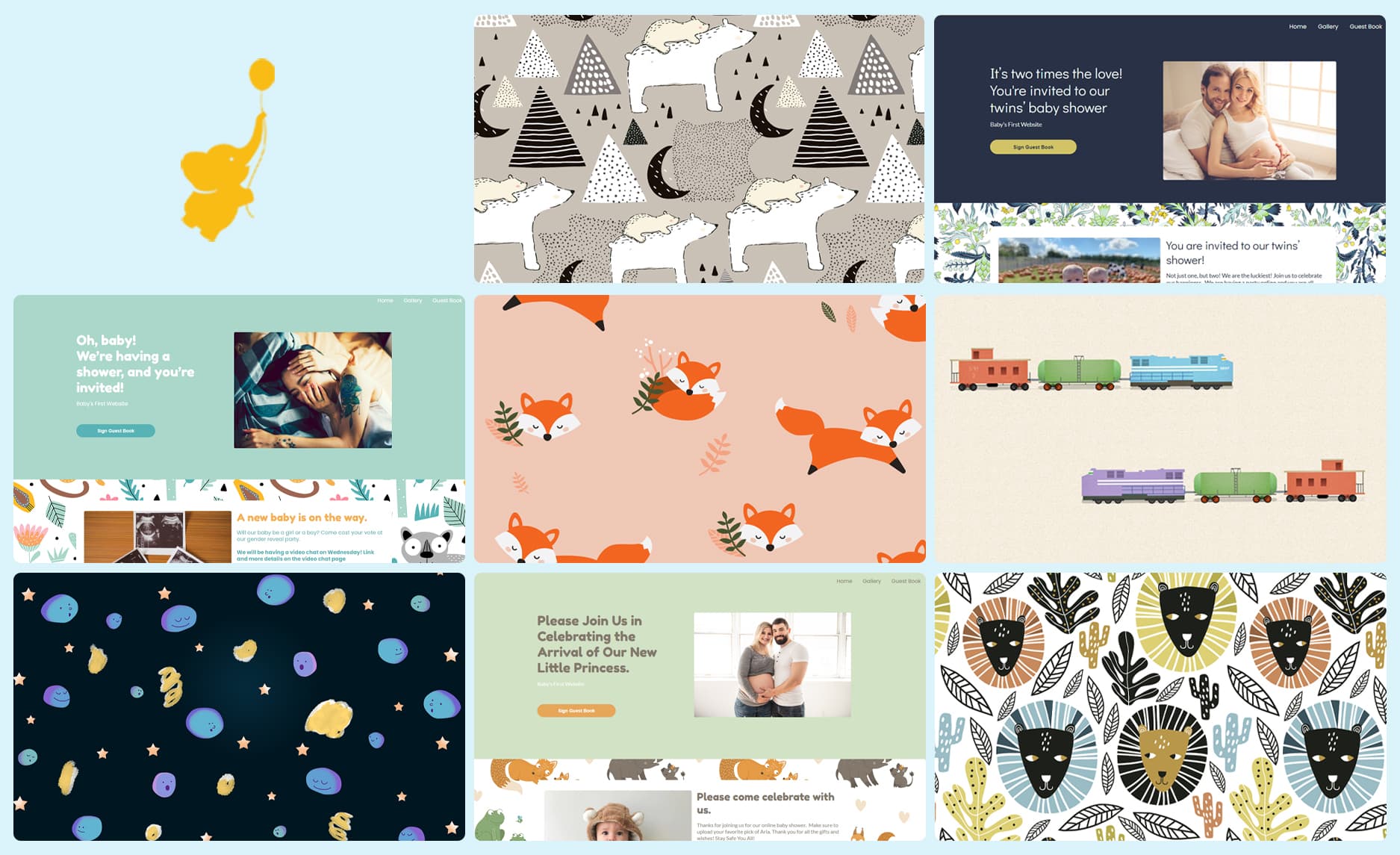 One of the most fun and exciting parts of planning a baby shower is deciding the theme. Settling on a theme lets you move on… 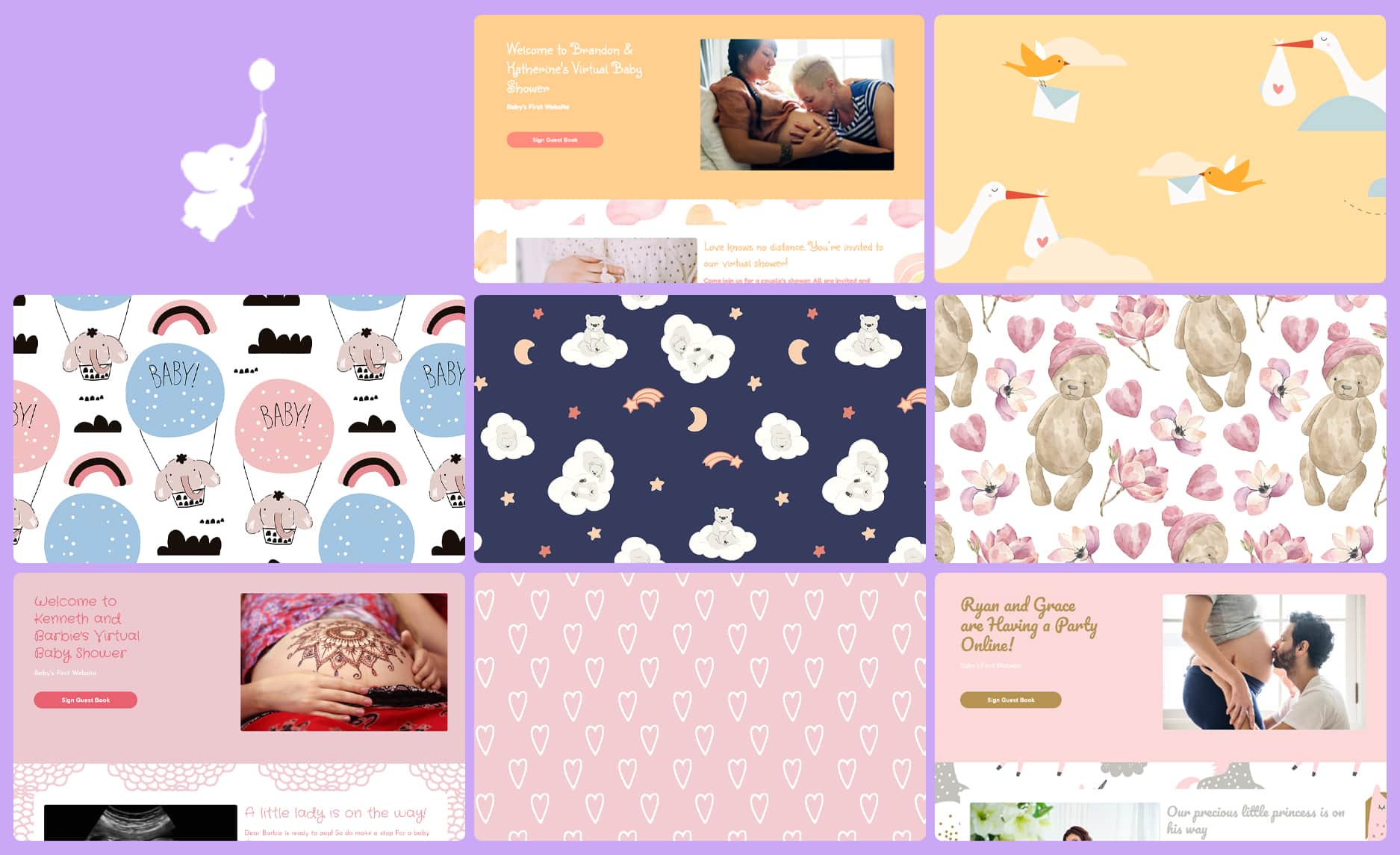 Planning a baby shower is exciting — especially one for a baby girl. But, sometimes, it's nice not to have to start entirely from scratch… 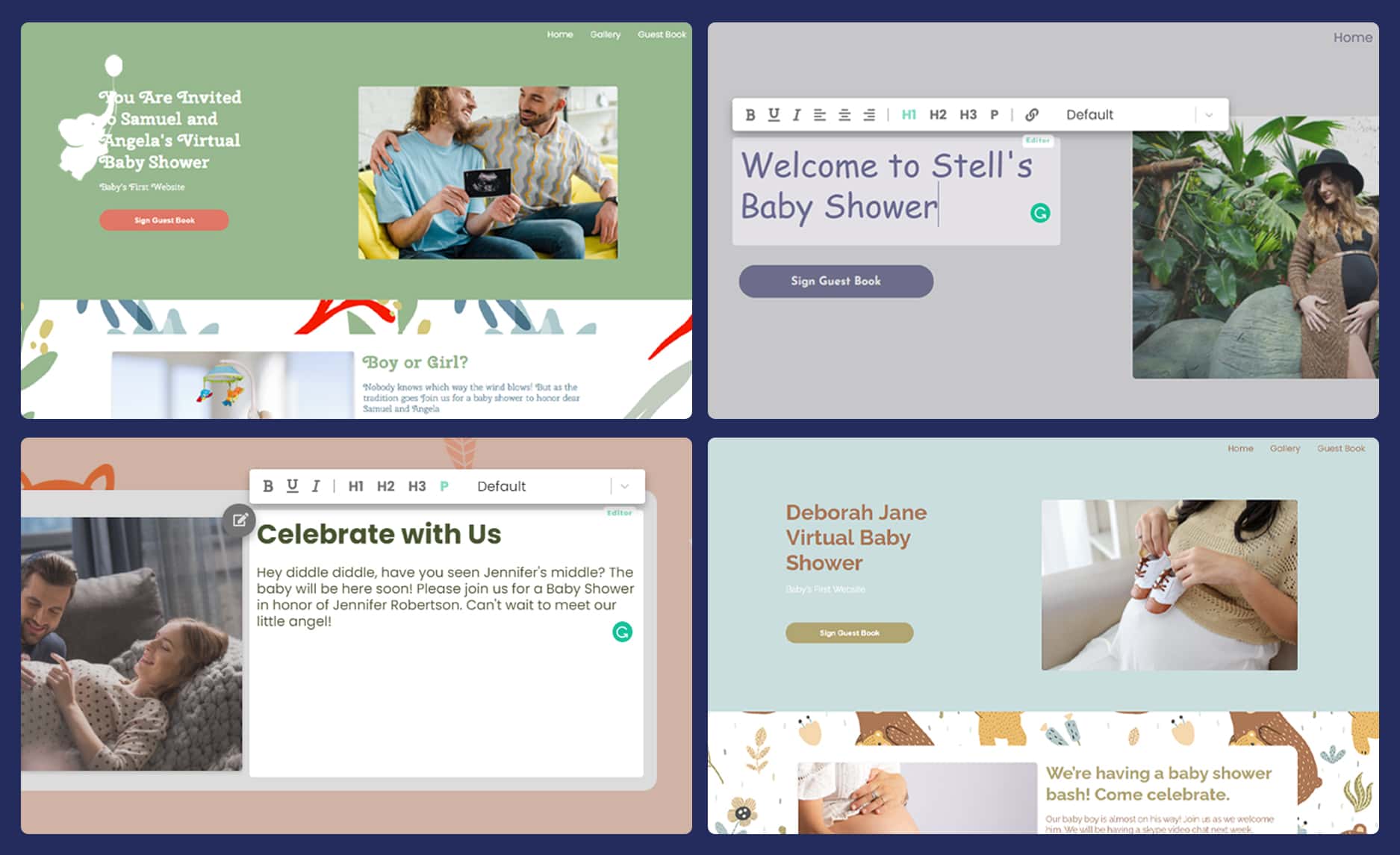 How to Create Your Baby Shower Website Easily in Minutes | WebBabyShower

When you're planning a big event, you need a website. There's no way around it. And baby showers are the same way — for many…