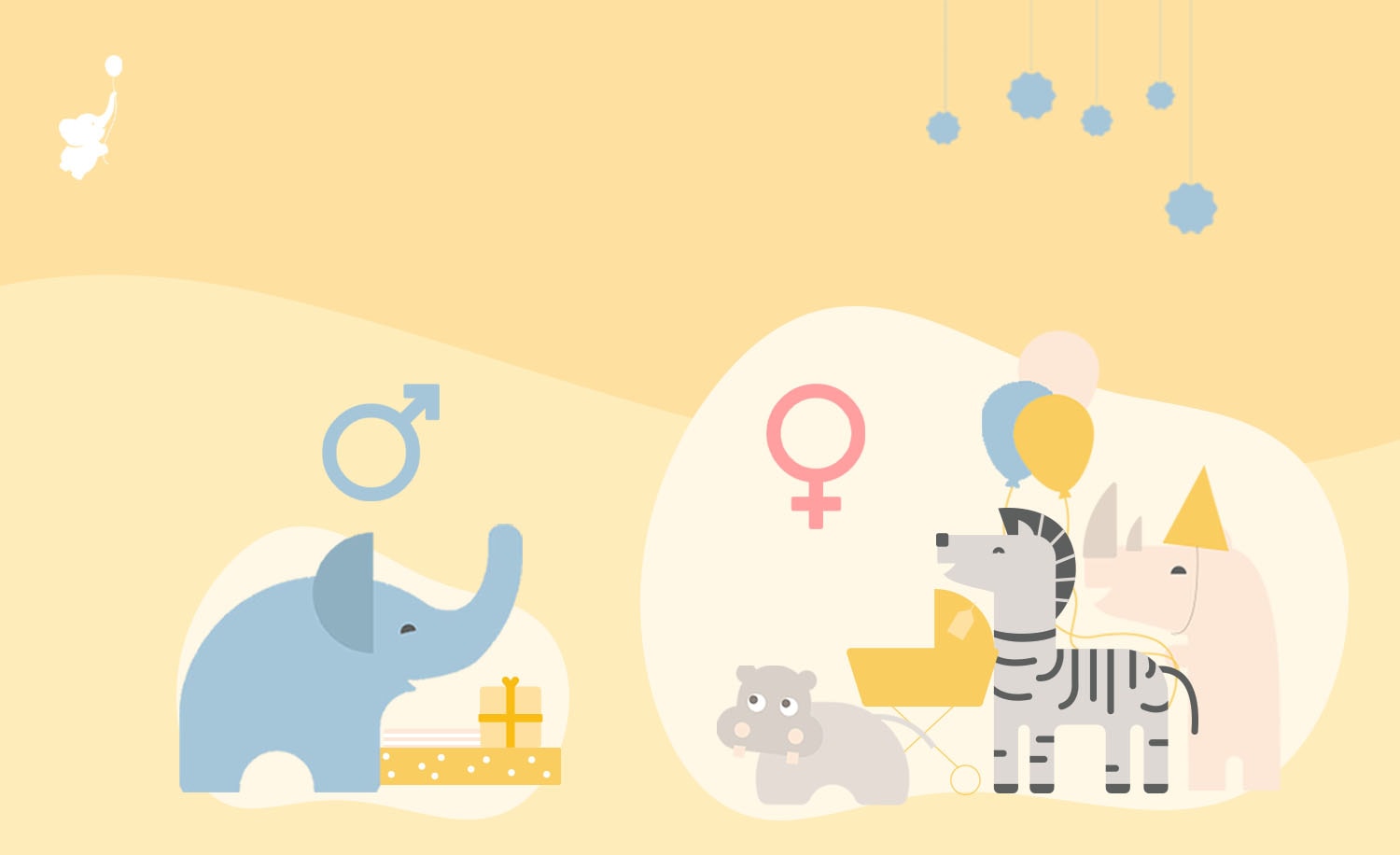 The conversation surrounding who gets invited to a baby shower is ever-evolving. Historically, most baby showers have been women-only events. Baby shower invitations were usually held for key women in the mother’s life like friends, family members, and select coworkers.

That was, in part, due to gender roles of yesteryear. Childrearing still falls onto the mother more than the father. For example, according to pewresearch.org, women face a lot of demand to be involved mothers, with approximately  77% of adults saying women face pressure to be an involved parent whereas a much smaller 49% say the same about men.

Despite this, many men are actively playing a more direct role in the child-raising process. And as attitudes towards parenting shifts, many baby showers are now open for men to attend as well.

If there’s a baby shower in your near future, keep reading for more information on the roles men can play in a baby shower!

As the premier virtual baby shower company, WebBabyShower has helped over 10,000 families enjoy baby showers with their loved ones, so we’re prepared to help you plan your own celebration.

Are Baby Showers Only for Ladies?

In the past, baby showers were events hosted exclusively for moms and the women in their lives. And while a baby shower wasn’t necessarily designed to keep men from enjoying the fun, discussing the intimate details of childbirth and postnatal care in front of men was once seen as unbecoming.

So to skirt any potentially embarrassing conversations, men were excluded. Most didn’t mind, as anything involving child care was seen as the interest and business of women.

In 2021, however, baby showers are not seen as events designed only for women. Many men play a more hands-on role in their children’s lives than they did in the past, so why shouldn’t men celebrate their growing family at baby showers too?

Some men have even thrown their own events to celebrate having a baby. Called “diaper parties” or “dadchelor parties,” these male-centered baby showers involve guests watching sports and bringing diapers rather than anything listed on a baby registry. Another great excuse to have a bash for the boys too!

Many modern baby showers can and do involve men in some capacity, and it’s not seen as taboo or out of the ordinary. It can also be absolutely hilarious, just check out this video of some guys with pregnant balloon bellies

Fathers absolutely attend baby showers. The rise in popularity for coed showers has been fueled by more fathers wanting in on the big day! These days, many couples use their baby showers as a way to bring together their families and communities, and the baby shower is as much of an event for a mother as it is for a father.

With that said, the decision for a father to attend is usually left up to individual couples. Even as standards evolve and parents opt to have coed showers, there are some instances where the father will still not be in attendance. Some women may go into their baby shower with the expectation that it will be their day, so they may decide not to include the father. This subject should be broached carefully, as this only works well if the father doesn’t want to come.   If the father wants to attend, then that’s a conversation that the parents-to-be need to have.

Why Are Guys Not Allowed at Baby Showers?

They are! Men are allowed at baby showers — especially if the father’s in attendance. It’s rare for a mom to have a co-ed or Jack&Jill baby shower and not invite any of her and the father’s male friends and family members.

In the past, however, this may not have been the case, but not because men weren’t allowed to attend so much as they just weren’t interested in attending. Times have changed though, and many men want to go to baby showers now.

Can You Do a Coed Baby Shower?

It should be noted, however, that most men who will be willing to attend a baby shower will skew younger. You might not be able to convince older male relatives like the parents-to-be’s fathers and grandfathers to attend. But younger men won’t have such rigid standards for masculinity and may embrace the idea of celebrating at a baby shower.

This coed baby shower was certainly being embraced by the men attending!

If you decide to host a coed shower, be prepared for the possibility that men of older generations may decide to skip the event. However, if you explain that a baby shower isn’t just for the women in your family and men will also attend, they may open up to the idea.

What Do Guys Do During a Baby Shower?

Guys do the same things when they go to baby showers that women do! That is, they celebrate the mom or couple, bring gifts, and enjoy the food and entertainment.

Including the  men in your life may also enrich the experience, especially where the father is concerned. Having other men around who’ve already experienced fatherhood means that they will be able to share their advice and wisdom with the new parents. A father’s perspective was something that was usually lacking at baby showers in the past

Once you include men in the baby shower, you’re pretty much chucking the traditional etiquette book out the window, but that’s not a bad thing! Many traditions surrounding etiquette are antiquated.

With that said, there are still a few things to keep in mind when throwing a coed shower either for yourself or a family member. After all, you want the men in attendance to feel included and embraced!

For example, most men aren’t socialized to talk about the knitty-gritty details of pregnancy and childbirth. So you may want to skip the talk about some of the unpleasant effects of having a baby with a room full of men if they’re particularly squeamish about such details.

One fun way to include the men in your life in baby showers is to incorporate food that they enjoy in the menu.

While food isn’t inherently gendered, most men physically require a higher caloric requirement than women, so make sure to include a couple of menu items that will keep them full and content. Traditionally, baby shower food is light and consists of small finger sandwiches, dips, chips, cake, and other desserts. However, dense foods like meatballs, starchy vegetable sides (like scalloped potatoes), and more are easy additions that everyone will love.

And don’t forget that many men love a good beer. So while you’re measuring out the amount of orange juice you’ll need to make mimosas, make sure to consider what your male guests might want as well!

Keep in mind if you have men at  your shower, then you can create some moments like this.

Most men your life probably won’t be too keen to play some of the more traditional baby showers games that involve guessing the circumference of the mom’s belly, the sex of the baby, or the flavor of baby foods. But don’t worry!

You can totally get male baby shower guests excited to play along by structuring games they may be more comfortable playing. For example, stroller races can introduce a competitive physical element that everyone can appreciate. This game involves partygoers racing around an obstacle course while pushing a stroller. How fun!

But there are many more games that will hold their attention like a diaper-changing relay race, during which guests rush to change a doll’s food-filled diapers. Make sure to check around and figure out what will work best for your baby shower. Check out our article on our favorite baby shower games for men.

Yes! Men’s attendance at baby showers is not something that’s seen as taboo anymore. As men are more involved in raising their children than they may have been in past generations, they may want to enjoy baby showers. Coed baby showers are a natural progression.

With that said, there are a couple of things to keep in mind. You might not be able to sway the minds of older men who are still clinging to values from yesteryear, so, while you can extend an invite to them, you should be prepared for them to turn it down.

For the men who do attend, you should make them feel included by considering their interests when planning the party. Even if you choose feminine decor, make sure male guests have filling food and fun games they feel comfortable playing!

Did you enjoy this article? We sure hope so! Consider sharing it with your friends and family on social media and bookmarking it for later reading! 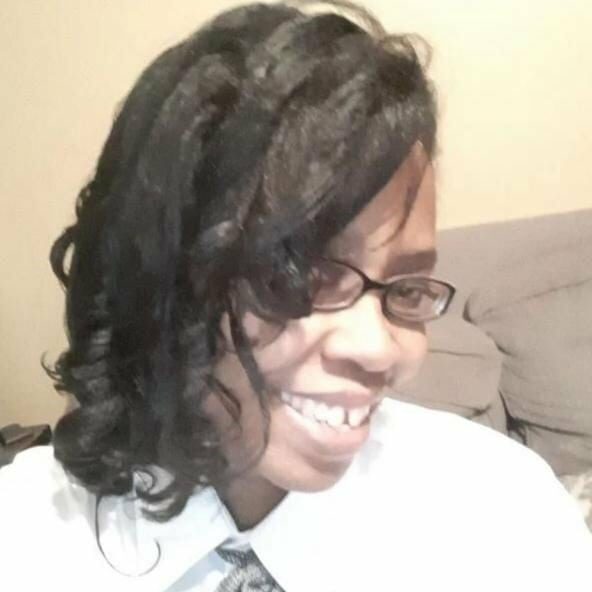 Alia S. is a freelance content writer and strategist who resides in the Midwest. In her free time, she keeps her nose buried in a good book or enjoys the scenery around her home town. 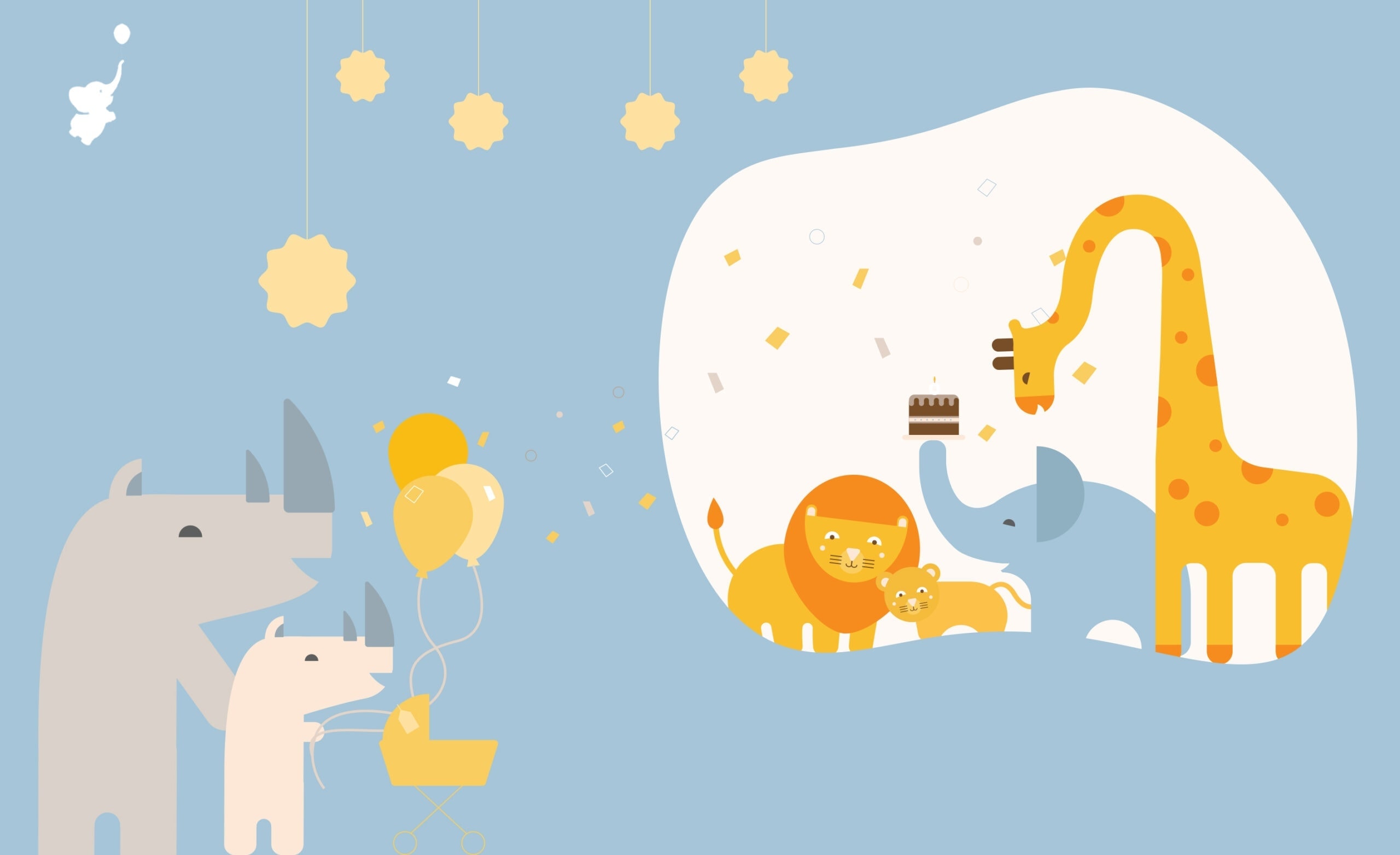 As soon as you found out you were pregnant, your brain probably fast-forwarded ahead to your dream baby shower. The decorations — picture perfect. The…

When to Have a Baby Shower - How Far Ahead Should You Plan?

Traditionally, baby showers are held in the third trimester of pregnancy from 28 to 32 weeks. This is because this is a great time to… 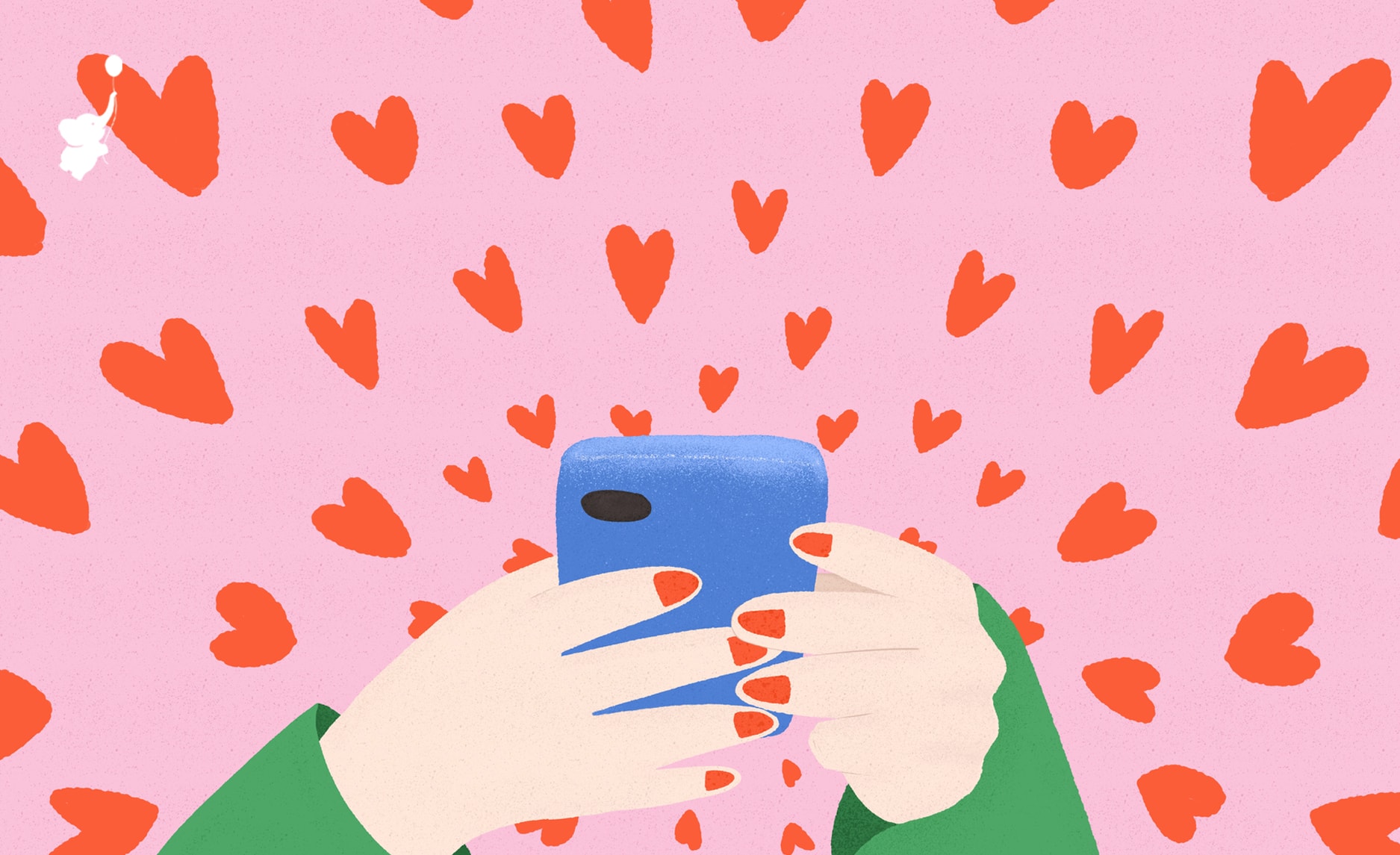 How to Host a Virtual Baby Shower – Online Shower Guide 2022

The Modern Baby Shower Opens Up New Possibilities We have updated this page for our lives in 2021. Right now, more than ever, WebBabyShower makes… 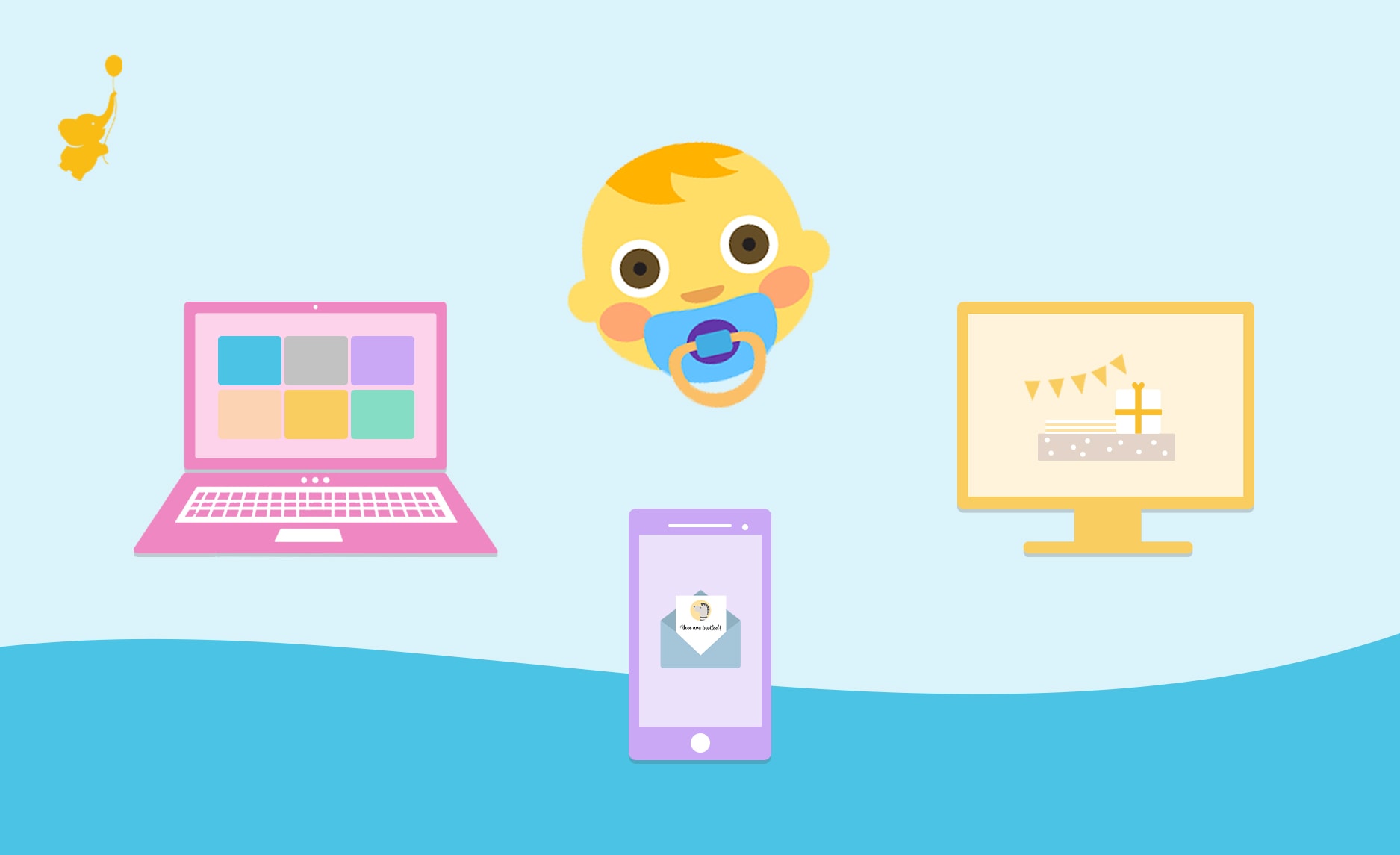 Virtual baby showers might be new to you—they are a more recent development! You might be wondering what the guidelines are. If so, you can…